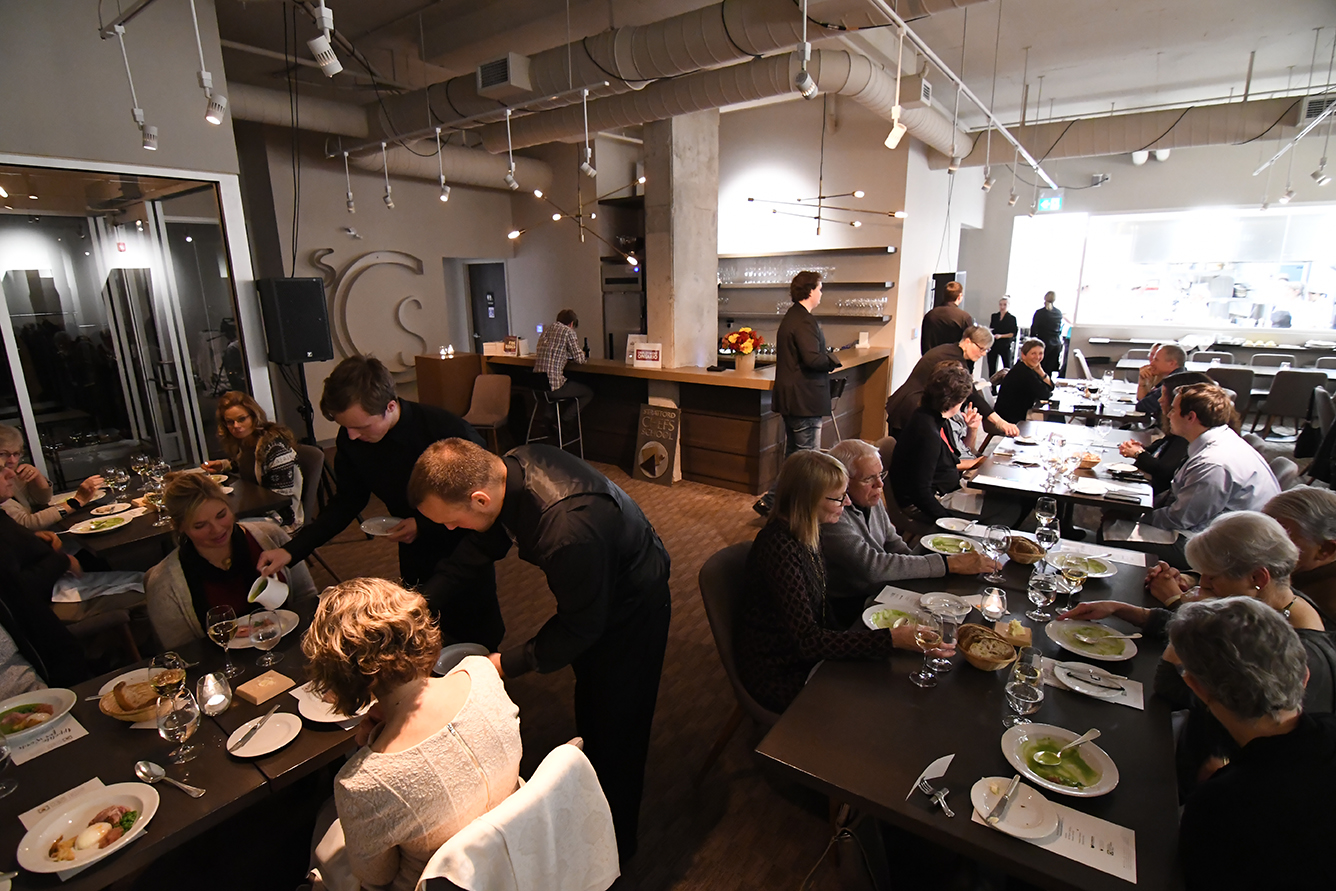 A Taste of France Literary Dinner with Jane Sigal

Join Jane Sigal, the 2018 Joseph Hoare Gastronomic Writer in Residence at the Stratford Chefs School, at this unique and intimate dinner experience. The author of nine cookbooks on the art of French cooking and the France correspondent for Food & Drink magazine, Jane will share stories from her impressive career as a writer, editor, recipe developer, translator, and journalist. Attendees will not only have the chance to listen to her speak and enjoy a 3-course meal with wine pairings inspired by Jane’s books, but they will also have the opportunity to ask Jane questions and pick up— and have signed—a copy of her latest book, Bistronomy: Recipes from the Best New Paris Bistros.

This menu is subject to change.

Jane Sigal is an author, editor, recipe developer, translator, journalist, and teacher. She lived in France for twelve years and earned a Grand Diplome at Ecole de Cuisine La Varenne. In 2002 she was inducted into the master cheesemongers guild in France, the Confrerie de Saint-Uguzon. Jane is the France correspondent and a contributing writer at Food & Wine, where she was previously a senior food editor for over nine years. Her work has appeared in The New York Times, Saveur, The Wall Street Journal, Time Out New York, Everyday with Rachael Ray, Wine & Spirits, Fine Cooking, Australian Gourmet Traveller, The Statesman (Calcutta), and other publications.

There is a new movement afoot in Paris. A new generation of chefs have turned their backs on stuffiness and are creating an experience that is more fun and a lot less formal. In tiny independent bistros mostly on the outskirts of the city, they are turning out fantastically inventive food that bypasses many of the old sauces and relies instead on the vibrancy of responsibly sourced ingredients. In Bistronomy, Jane Sigal captures these chefs’ creative approaches, culling recipes that translate their genius in ways the home cook can achieve. The over one hundred dishes featured prove that these Paris bistros have become the idea factories of the culinary world. Like a trip to Paris, Bistronomy will make you fall in love with French cooking all over again.

“I can’t think of anyone more qualified to write about the ever-changing Paris bistro scene than Jane Sigal. The food in this book is thoroughly appealing and totally accessible to the home cook, so much so that you want to grab it and begin cooking, right away.”
—Patricia Wells, author of Bistro Cooking and The Food Lover’s Guide to Paris

“If you love good, classy food, you will surely love Bistronomy.”
—The Washington Book Review

“Bravo to Jane Sigal for having pulled together, with talent, all the details, culinary but also human, that define the personality of the bistro phenomenon that is Bistronomy!”
—Chef Guy Savoy