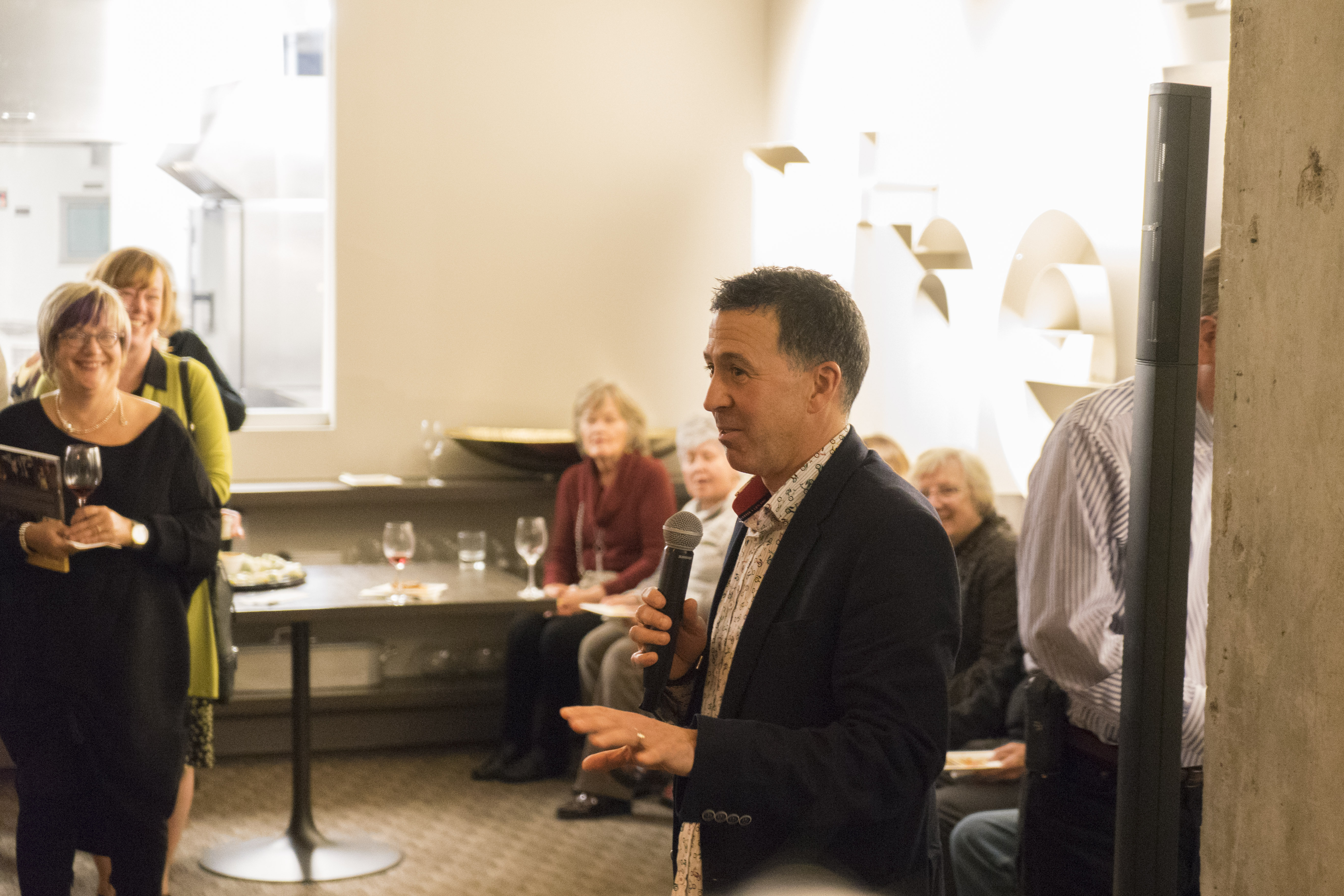 Farm to Table: A Literary Dinner with Andrew Coppolino

Join Andrew Coppolino, author of Farm To Table, at this unique and intimate dinner experience. Andrew met one-on-one with Stratford Chefs School alumni chefs and producers while writing Farm To Table and will be joined by chef Eli Silverthorne and producer Erin McIntosh from McIntosh Farms to share stories and insights from the book that was named one of the most anticipated cookbooks of the year from Canadian Food Bloggers. Attendees will not only have the chance to listen to this unique conversation and enjoy a 4-course meal with wine pairings inspired by Andrew’s book, but they will also have the opportunity to ask Andrew questions and pick up— and have signed—a copy of Farm To Table.

CBC columnist Andrew Coppolino’s passion lies in promoting the amazing cooks, restaurateurs, farmers, and producers in Waterloo Region and Wellington and Perth counties. If he had to, Andrew would eat pizza for the rest of his life. Luckily, he has more than one option as the food columnist with the Kitchener Post and CBC Radio. He holds a Master’s degree in English literature from the University of Waterloo and has taught at UW, the universities of Guelph, Toronto, and Toledo, Conestoga College, and at the Stratford Chefs School. Coppolino was a restaurant reviewer and columnist with the Waterloo Region Record and Grand and Taste magazines, and is co-author of Cooking with Shakespeare. Coppolino doesn’t just like food, he loves it. Perhaps that’s why he has published in a variety of magazines, from Restaurants Canada to Hotelier magazine. When he’s not taking the culinary world by storm, you can find Andrew volunteering as a coach with the Kitchener Soccer Club.

About Farm to Table

Inside, you’ll find beloved recipes from head chefs at favourite Perth County restaurants, along with photos by renowned photographer Terry Manzo, and profiles written by CBC food columnist Andrew Coppolino. This compilation of recipes from some of the most celebrated local graduates of the Stratford Chefs School takes you inside the lessons they learned at the school, making this book a staple of every Canadian kitchen.

“Farm to Table not only features recipes from some of the region’s most celebrated graduates of the Stratford Chefs School, but also includes fascinating interviews with these chefs conducted by CBC food columnist Andrew Coppolino, and striking imagery provided by photographer and SCS alumna Terry Manzo.”
—Eleanor Kane, Stratford Chefs School Co-founder“This is a drop-dead gorgeous book whose recipes made me salivate and whose photos were stunning. I loved the stories behind the recipes and foods… ”
—Janet Cousineau, Librarian (Canada)
Buy Tickets Here
+ Google Calendar+ iCal Export