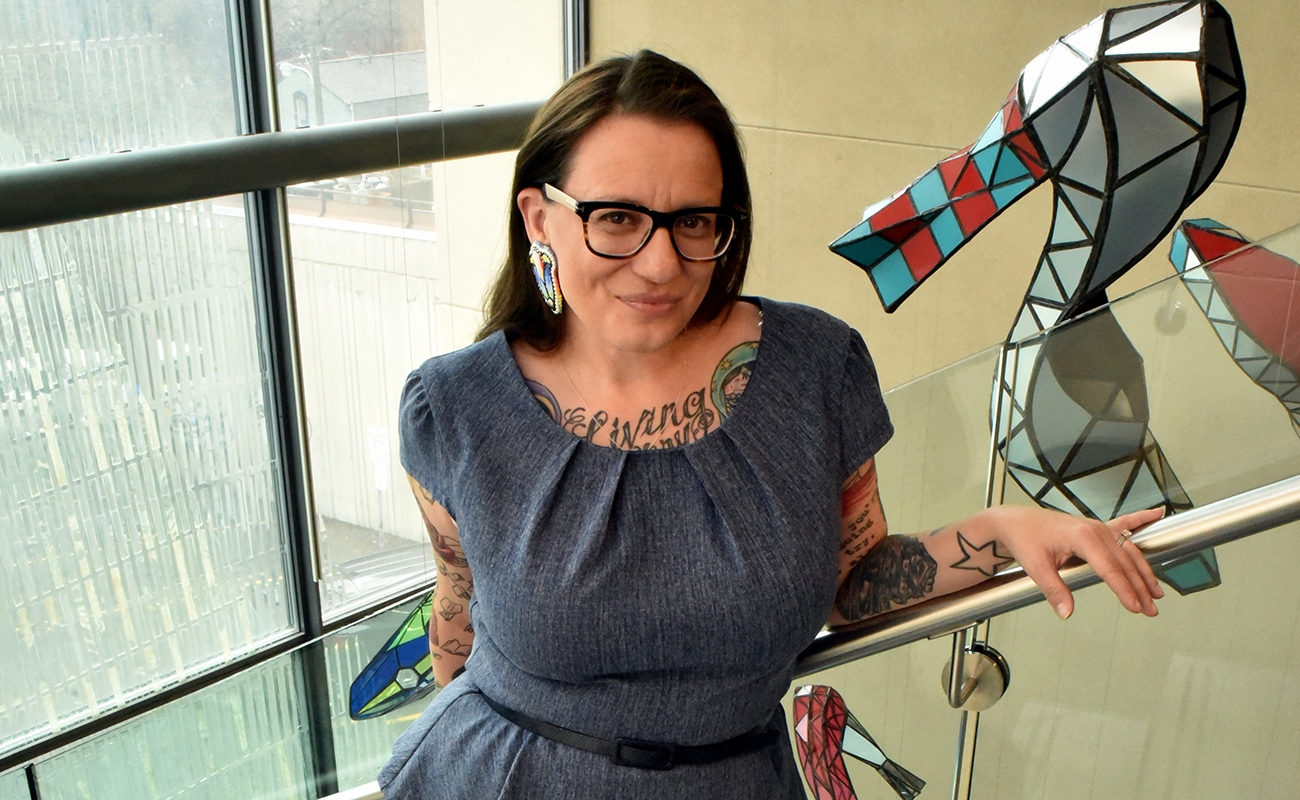 Cherie Dimaline, one of Canada’s most popular and critically acclaimed storytellers, is coming to the Stratford Writers Festival! Moderated by award-winning broadcaster Candy Palmater, join us for an intimate discussion of Cherie’s career and how her latest book, The Marrow Thieves, has ignited a movement for stories that reflect Indigenous issues and culture to Canadian youth.

Cherie Dimaline is a Métis author and editor whose award-winning fiction has been published and anthologized internationally. The Marrow Thieves won the Governor General’s Literary Award and the Kirkus Prize; was a finalist for the White Pine Award, the Trillium Book Award, and the Indigenous Literature Award; and was named to the Globe and Mail Top 100 and selected for CBC’s Canada Reads.

About The Marrow Thieves

Humanity has nearly destroyed its world through global warming, but now an even greater evil lurks. The indigenous people of North America are being hunted and harvested for their bone marrow, which carries the key to recovering something the rest of the population has lost: the ability to dream. In this dark world, Frenchie and his companions struggle to survive as they make their way up north to the old lands. For now, survival means staying hidden—but what they don’t know is that one of them holds the secret to defeating the marrow thieves.

“Miigwans is a true hero; in him Dimaline creates a character of tremendous emotional depth and tenderness, connecting readers with the complexity and compassion of Indigenous people. A dystopian world that is all too real and that has much to say about our own.” —Kirkus Reviews (starred review)

“The brilliance here is that Dimaline takes one of the most well-known tropes in YA—the dystopia—and uses it to draw explicit parallels between the imagined horrors of a fictional future with the true historical horrors of colonialism and residential schools. It’s as beautifully written as it is shocking and painful—a legitimate must-read.” —Globe and Mail

“A timely and necessary read … powerful and endlessly smart, it’s a crucial work of fiction for people of all ages.” —Quill & Quire (starred review)

Actor, writer, columnist, international speaker, activist, comedian, and multiple award-winning TV and radio personality Candy Palmater moderates this panel discussion. As a broadcaster with CBC Radio One, Candy has hosted The Candy Palmater Show, Q, and DNTO, and appears on Because News and The Next Chapter. Candy spends most of her time in airports and on airplanes as she travels the globe speaking to audiences, large and small, about the power of love, kindness, and self-acceptance.