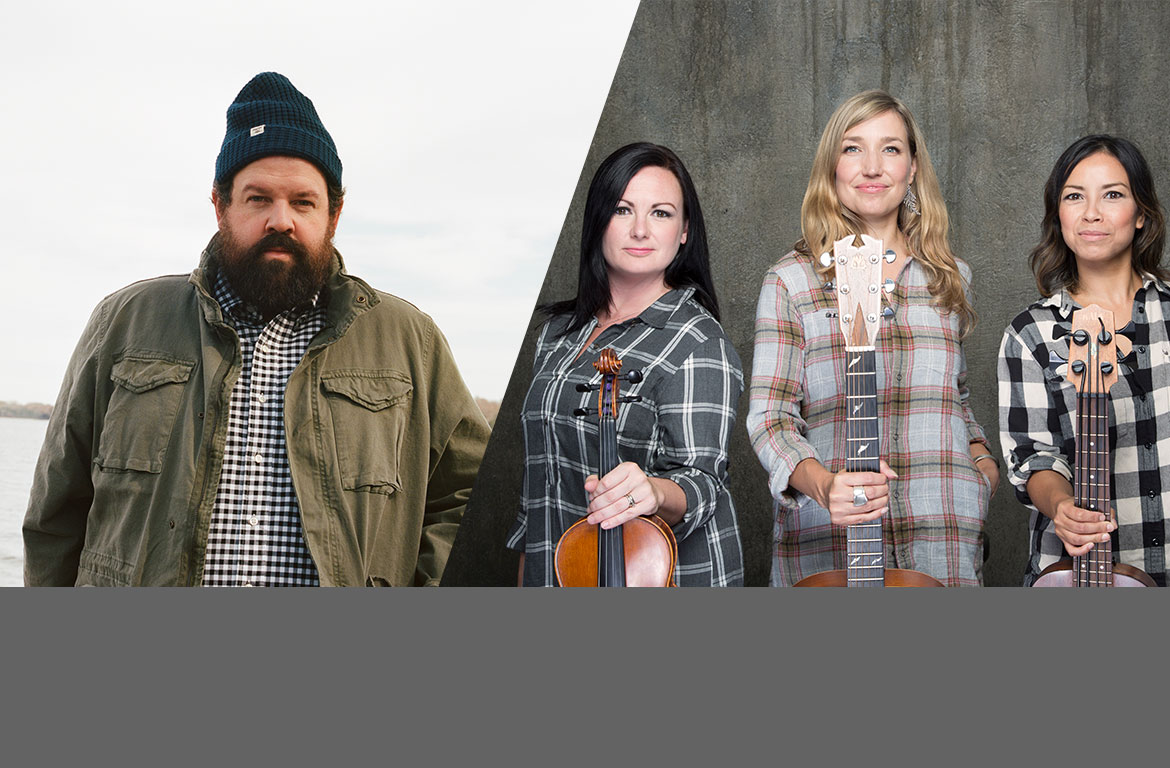 Join some of Canada’s most talented songwriters as they perform their songs and share the stories behind them. Featuring performances by Donovan Woods and Trent Severn (Dayna Manning, Emm Gryner, Lindsay Schindler).

Polaris Prize and Juno Award nominee Donovan Woods has been climbing the charts. His single “What Kind of Love Is That?” climbed to No. 1 on the CBC Top 20 Chart, while his catalog has accrued nearly 45 million streams. He is also a notable Nashville writer with credits by Billy Currington, Charles Kelley, Tim McGraw and Charlie Worsham. NPR Music stated, “There are very few writers who can make you laugh and break your heart in the same song.”

Emm Gryner is a Canadian independent singer/songwriter, bassist and pianist with 10 albums to her credit. Nominated 3 times for a Juno Award, she has performed around the world as a solo artist and has also sung in David Bowie’s band and on recordings by Rob Zombie. In Q Magazine, U2’s Bono named Emm’s song “Almighty Love” as one of 6 songs from the past 20 years that he wished he had written. Emm runs her own label, Dead Daisy Records. https://www.youtube.com/watch?v=cKWa2dKrYWQ

An Ontario-based fiddler, performer, teacher, founding member of RANT MAGGIE RANT and member of the critically acclaimed new-folk trio Trent Severn, Lindsay Schindleris an electrifying performer. With a passion in performance and fiddle music, she embraces traditional repertoire from many regions of the world, as well as writes her own music. Having performed in Ireland, Japan, across the USA and Canada, Lindsay has brought her energy to many concert halls, theatres and festivals.

Don’t miss this intimate show with Canadian songwriters! You will receive preferred seating if you arrive early for dinner. Revival House offers a 3-course dinner before the show for $49/person. Seating is according to reservation bookings so call in advance to reserve a table if you are coming for dinner.

*If you reserve late you may be seated at a table with other guests.*