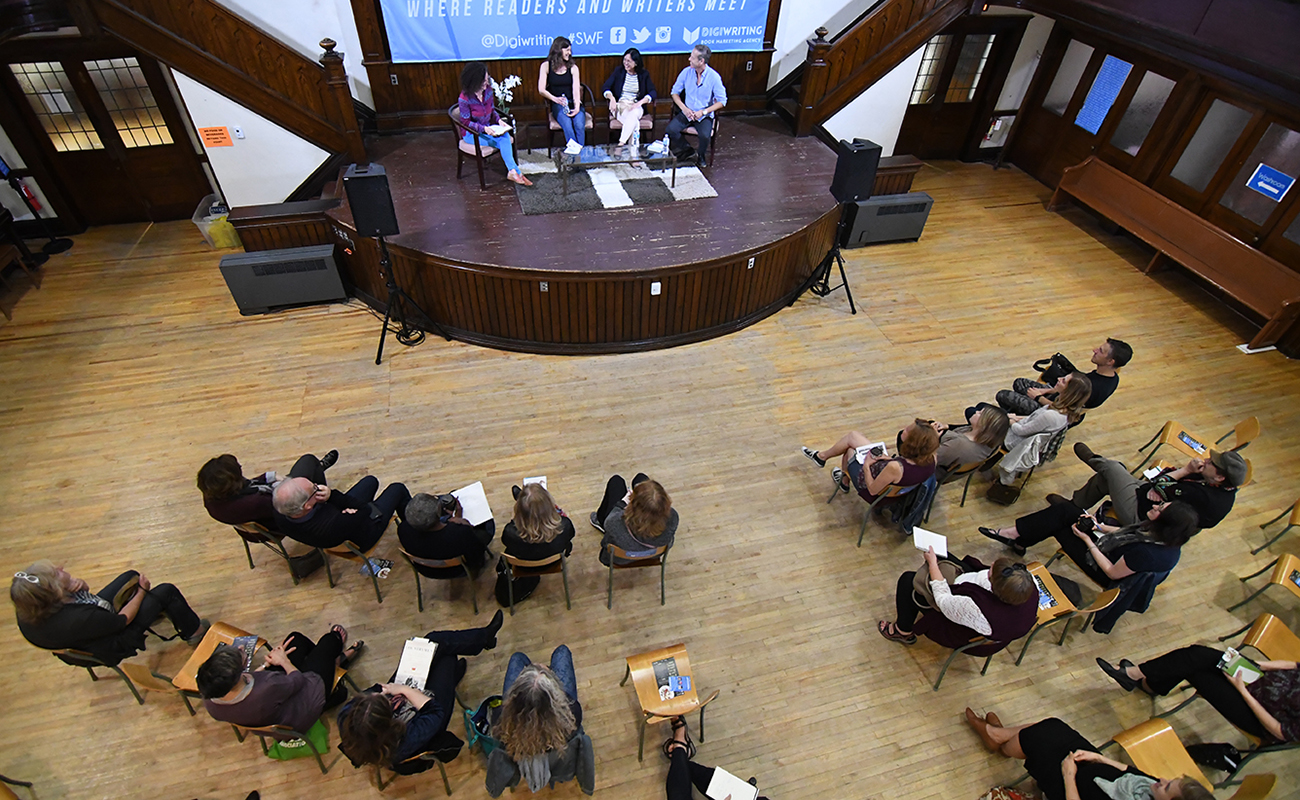 In today’s society, women are under more pressure than ever to meet certain expectations. While they take very different approaches, three books being featured at this year’s Stratford Writers Festival examine the ways women see themselves and are seen by others.

In Emily Anglin’s darkly humorous collection of stories, characters refashion themselves to fit a new competitive milieu. Andrea Bain’s nonfiction Single Girl Problems details how modern single women continue to be perceived as problematic and attempts to change that narrative. And Sarah Selecky’s debut novel Radiant Shimmering Light looks at female friendship, the face we show the world online, and letting your own light shine.

Join us for this thought-provoking panel discussion – student ticket rates are available!

Writer and freelance editor Emily Anglin grew up in Waterloo and now lives in Toronto. Emily Anglin’s writing has appeared in The New Quarterly and the Whitewall Review. The Third Person is her debut book.

Andrea Bain, co-host of the CBC daytime talk show The Goods, has hosted many national lifestyle shows, appeared as a relationship specialist on Canadian daytime programs, and interviewed Hollywood heavyweights. She lives in Toronto.

Sarah Selecky’s debut collection, This Cake Is for the Party, was a finalist for the Scotiabank Giller Prize, was shortlisted for the Commonwealth Writers’ Prize for Best First Book, and was longlisted for the Frank O’Connor International Short Story Award.