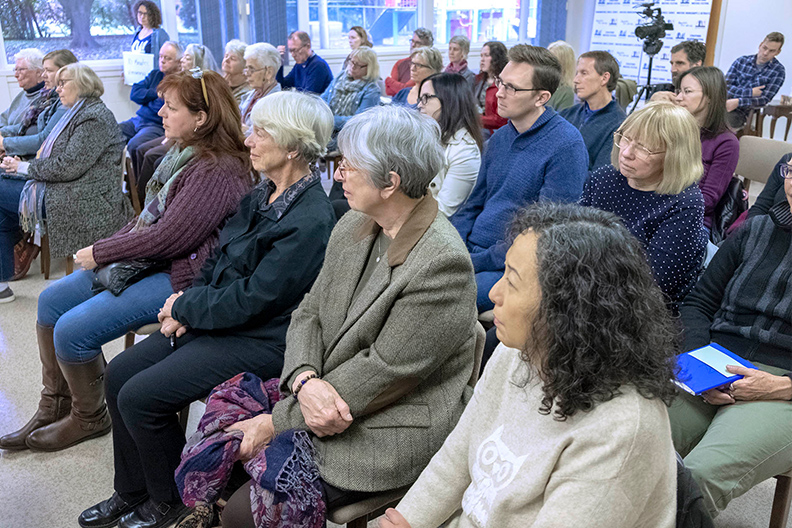 About the event
Dive deep into a murder case solved by the detective who inspired the creation of Murdoch Mysteries with non-fiction writer John Goddard, author of The Man with the Black Valise. Saturday, the 19th of October marks the 125th anniversary of the murder of thirteen-year-old Jessie Keith in Perth County. Goddard brings his book to life in the style of a true crime podcast, using features photos, a video, and a Q & A session.

What can you expect from this event?

Who is this event for?
About John Goddard
John Goddard is an author, magazine writer, and former Toronto Star reporter. His
books include “Inside the Museums: Toronto’s Heritage Sites and Their Most Prized
Objects,” and “Rock and Roll Toronto,” with pop critic Richard Crouse. John lives in
Toronto.

About The Man with the Black Valise
One glorious autumn day in 1894, a drifter attacked thirteen-year-old Jessie Keith so violently that people thought Jack the Ripper must be loose in rural Ontario. To solve the crime, the government called in Detective John Wilson Murray, the true-life model for Detective William Murdoch of the popular TV series Murdoch Mysteries. His prime clue was a black valise.

The Man with the Black Valise traces the killer’s trajectory through three counties — a route that today connects travellers to poignant reminders of nineteenth-century life. Chief among them stands the statue of the Roman goddess Flora, gesturing as though to cast roses onto Jessie’s grave.
Buy Tickets Here
+ Google Calendar+ iCal Export